Driving a rental car from Miami to Orlando or vice versa, can be an essential part of your vacation if flights dictate it.  If you are not in a rush, then you may want to seek an alternative, and more pleasurable break point to one of the various service plazas along the Turnpike.  We landed at Miami International Airport, and collected our hire car from the airport the following morning, spending another day in Miami before heading up to Orlando for the rest of our vacation.

About half-way between the two cities, around 2 hours in, the Turnpike passes within a 15 minute drive of the coastal and historic town of Fort Pierce.

Simply exit the turnpike at exit 152 and head east on SR 70 – Okeechobee Road, and then follow the signs towards the Fort Pierce Historic Downtown and Marina. 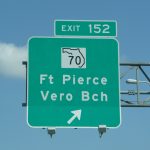 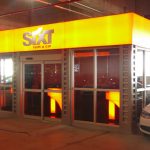 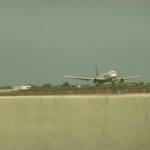 After leaving Miami around 9am, we arrived in Fort Pierce around 11.15 am.  This was a little early for lunch, and we were in no rush at all, so we grabbed some drinks from the Tikki Bar and stood by the railings overlooking the intracoastal waterway that runs from Fort Pierce right up to Cape Canaveral.

Here, an old man was feeding bread rolls to the seagulls that swooped in to catch the bounty.  As he left he handed us some left over bread to finish throwing.  As we threw the bread it became obvious that a few catfish were gulping up bread the gulls missed. 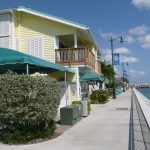 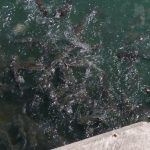 We bought some fish pellets from the eclectic, quirky gift shop (everything from fish food to souvenirs, fish and wildlife guides and even tea or coffee!) for $1.  The catfish are clearly partial to the pellets and the water was soon teeming with the jostling catfish, masterfully sucking up the pellets before the gulls could pluck them from the water.  Courtesy of the above mentioned fish guides, we also identified stripy sheepshead fish, and ladyfish.

As we wandered along the waterfront, three manatees appeared, swimming alongside the wall.  There was a mother and calf and another large manatee that swam on alone.  The mother and calf stayed with us for a while with the baby surfacing for air far more than its mother.  Sadly, the calf already showed evidence of an encounter with a boat propeller on it’s back. 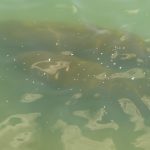 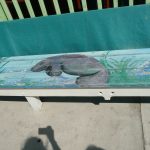 Once the manatees departed we headed into the Tikki bar for lunch – of the fish variety of course.  Staff here are welcoming and easy going. Service is the right side of speedy – but not slow – and the food was tasty, satisfying and well priced.

After lunch we headed out to the marina, and particularly the wooden jetty that surrounded it.  We heard a giant splash before seeing a monstrous sized manatee gliding past the jetty.  Pelicans perched on any and every available pole or vantage point.  A short while later and another manatee passed by – we had seen five in the space of an hour!  It was still March when we made this journey so we were happy to bear out our own blog about manatee spotting, posted just before travelling! 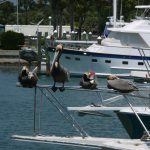 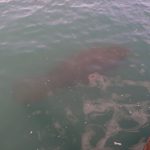 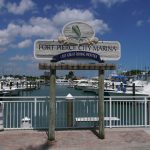 The beautiful marina was full of equally beautiful boats, and was a far more relaxing, scenic  way to rest and refresh than a service plaza on the busy turnpike road – not quite the M25 – but busy enough.

We retraced our wheels to the Turnpike and were in the Orlando area less than two hours later.  You could join the I 95 instead and travel up the east coast to Cape Canaveral and the Beach Line Expressway.

The Florida Turnpike (and Beach Line Expressway) is a toll road and within Miami-Dade county there are no cash toll facilities.  This means that you must decide how to organise and pay for your e-tolling before your collect your US car hire if at all possible.  Our article on e-tolling in rental cars will help explain your options.  If you have any questions about e-tolling in the Miami-Dade area, please do get in touch.

Have a question? Use this search box to find the answer

Please follow this link to request our monthly newsletter.